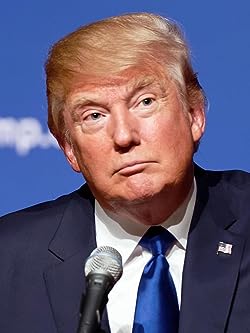 A little fact for all to realize and see if they look close enough,and which should come to light is this: The Trump Organization has built and rebuilt many buildings and properties, in their life time, and The president is the one who owns it and runs it, and 90 percent of his buildings have been built with steel, from China!.  Now, he is pushing American Steel and slapping tariffs on China and Canada over it all and destroying the American Economy. Sadly, he made his fortune off of building and refinishing buildings with steel from other countries, and he now turns around and put tariffs on these countries and has the gall and balls to ask China for help with North Korea.  Something sound strange here folks, I think so, just my opinion.

Donald J. Trump inherited his fortune from his dad and mom. Period, all he did is take what daddy gave him and expand it making billions by cheating contractors he paid 3 cents on the dollar for the work they did, or refusing to pay them at all. Trump is aphoney and con man really, double talking contractors to build is empire, just as he has double talked the American People who voted for him to be President. he breaks promises to his wives, and the country daily and cheats and gets away with it all.

He would never have been elected President, without the help of Putin and Russian money and their propaganda help. The real question to be answered is this, the blue belt of the democrats in the 2016 election was stolen from the Democrats in 2016, by ads aimed at those areas paid for by the russians and Putin, so how did the russians know what areas, towns, cities, counties, to aim those ads at on twitter, facebook and Instagram? Easy the Trump Campaign told them,!

As Paul Manafort, Gates, Papadopulos, Flynn and more get ready to go to jail for their parts in this, a new target is now being aimed at by the Special Prosecutor, Roger Stone. What part did he and his connection to the Wikileaks Founder have in all of this russia collusion, we shall know soon I’m sure. Better question for all to answer as we go forward, no administration in white house history has ever fired over 100 people, so why is it happening under Trump now? Second question who did Donald J. Trump President of the United States tell about himself inviting Putin to the White House for a meeting, and why did he not tell Congress or anyone else about it. I am not conspiracy type person, but things look mighty suspicious right now, and why doesn’t Trump condemn  Russia and Putin for their actions? He never says one word against Putin or Russia why?

This site uses Akismet to reduce spam. Learn how your comment data is processed.